(Army lists unavailable here - it happened a lot time ago, but I enjoyed this game a lot and wanted to start my Dammaz Kron with it. I intend to post them in most future grudges.)

(Note - if you just want to read the battle report itself, it's in bold at the bottom.)

Grudge of the Massacre of Vorn Urdaz, opened on behalf of the Clans of Karak Badul.

-Date: 67th Day of Fall, 2540
-Location: The fortified farming town of Vorn Urdaz, lying 30 miles from the hold proper, to the North and West
-Perpetrators: A Vorkhul of the Bloodhammaz Urki Karazi, led by Gruksnat the Thrice-Boiled

Woe has befallen all of Karak Badul this day of writing. An Orc tribe has fallen upon the farming-fortress settlement of Vorn Urdaz which lies only 30 miles from the gates of the great mountain of the ankor, forever may it stand. 42 Dawi, many ill beardlings afflicted with fever and the flux were massacred by the Urki in their beds, their doorways, and even in the road itself as they limped to the town square to answer the call to arms, though they bore no weapons. The Urki took the town by surprise by riding to the walls atop fat, squealing pigs and scaled the walls with hooks and ladders, quickly overwhelming the small but valiant garrison. It was only by virtue of the defenders’ bravery that the alarm was sounded to retreat to the tunnels, saving most of the population of the town; unfit to pick up arms for their young ages, poor health, or battle wounds.

It was seen by the eyes of our kin that Brunnehilde the Healer-Maiden; consort to Crown Prince Bazak the Hazdul, was savagely cut down with an Urki blade while visiting the town to gather willow bark and the mountain poppy to treat the sick. She had gone to Vorn Urdaz without offer of compensation for her work, nor expectation of gratitude and no Dawi may deny that she sits at the side of Valaya in the Halls of the Ancestors as we inscribe this grudge.

The Rik-a-Karaki, who had lost track of the Urki a day prior arrived in time to lay traps which slew a small number of the Grobi-kin, but were forced into a retreat when the alarm was raised and the host rallied with bows and the stolen weapons of the fallen Dawi. The offending tribe is identified as the “Bloodhammers”. Mighty and wrathful oaths of vengeance were sworn by the Crown Prince Bazak, and over 110 Dawi of the hold – kin and friends alike - who have sworn to exact vengeance upon the Urki. The skull of every Greenskin occupant of Vorn Urdaz, the razing of every Orc tent and tarp, and the drowning of their leader Gruksnat in the chamber of the Ruf A Vengryn Haraz, carved by the griefstricken on order of the Crown Prince in the 19th deep of the hold in a night and a day….

....On this 94th day of Fall, this grudge is avenged by the hand of Crown Prince Bazak - called now Bazak Zan Urkdrengi by the Elders of the Royal Council – alongside 96 of the hold’s most grizzled and bereaved. The scouts of the warband, on orders of the heir to the throne of their hold, did survey the town before the assault, and saw that the Urki had mutilated the bodies of a number of our dead (the Priestesses of Valaya attend them now to prepare them that they may enter the Halls of the Gods), while all homes were looted, all crops and herbs uprooted or burned, and the cattle and goat of the farms were butchered.

Black with wroth, the band of warriors carried out justice with cold hearts, in order that the Urki would know the pain they caused before death claimed them. The gates were breeched with an Organ Gun, and stormed by no less than 40 Kazaki led from the very front of the shieldwall by Bazak who took the axe of his father’s father and bloodied it with great skill and contempt for danger. Seeing this, his axemen pressed through the breech and quickly beat back the undisciplined and loose ranks of the Urki, who fought with stolen and scavenged weapons of Dawi making, though not even the craftsmanship itself could protect them from the rage of the throng, and over 17 were slain in the press, at the cost of five Kazaki wounded, with only one succumbing to his wounds on account of the blade causing a quick and terrible fester. A second and third gang of Urki who had been waiting eagerly to join the combat suddenly broke and fled in panic at the sight of the skill and ease that Bazak and his force did dispatch their tribesmen.

As the Urki ran, the shieldwall advanced with great haste, and the greenskins herded into an enclosed space, where they were slain without a moment of hesitation or respite. The two groups of fleeing Urki returned upon hearing the commotion, no doubt seeking to loot their dead and too consumed by lust for the galaz and gromril worn by their allies to care for their lives. Seeing the throng, they reacted in great surprise and charged. The press was thick and heavy in the small room, and many were knocked to the ground and thrown across the crowd by the flailing arms and swinging shields of the two sides.

Arriving from having hunted down a small group by himself, Bazak rallied a platoon of his karaki who drew their greataxes with him and flew wildly into the rear of the Urki formation. The slaughter was total and with a speed and precision worthy of Grimnir's arm itself.

The building which this transpired in has been ordered razed, on account of the volume of Urki blood and viscera which now produce a terrible odour and are not fit for re-settling. Quivering with fear, 9 live orcs and the warboss Gruksnat were pulled out from beneath the pile of greenskin corpses and dragged back to the hold in chains. All this was done for the price of 17 wounded, and 4 dead – their names now inscribed in the Book of Remembering and their Clans’ sigils tattooed by Bazak onto his arm in earnest and unreserved homage for their blood sacrifice on behalf of the entire hold. He has sworn to give the eldest of the  Clans a gift of precious gems every year, for as long as the ink of the tattoo remains upon his skin; to be delivered on the anniversary of this day.

All prices were met, with all 10 Urki taken in chains to drown in the Hall of Red Justice by the hand of Bazak, who then took their bones and had them crushed and thrown into the septic channels of the hold as a gesture of utter contempt. The banners of the tribe have been tossed into the Everburning Hearth of the Great Hall for kindling.

May the dead feast forever in the Halls of the Ancestor Gods, and may all the gods judge the survivors of the battle equal to the valor of the dead.

[SEALED WITH THE ROYAL SEAL OF CLAN STONEFIST, AND THAT OF THE CHIEF ARCHIVIST OF KARAK BADUL]

(Note - if you just want to read the battle report itself, it's in bold at the bottom.)

pictures to be included this time. 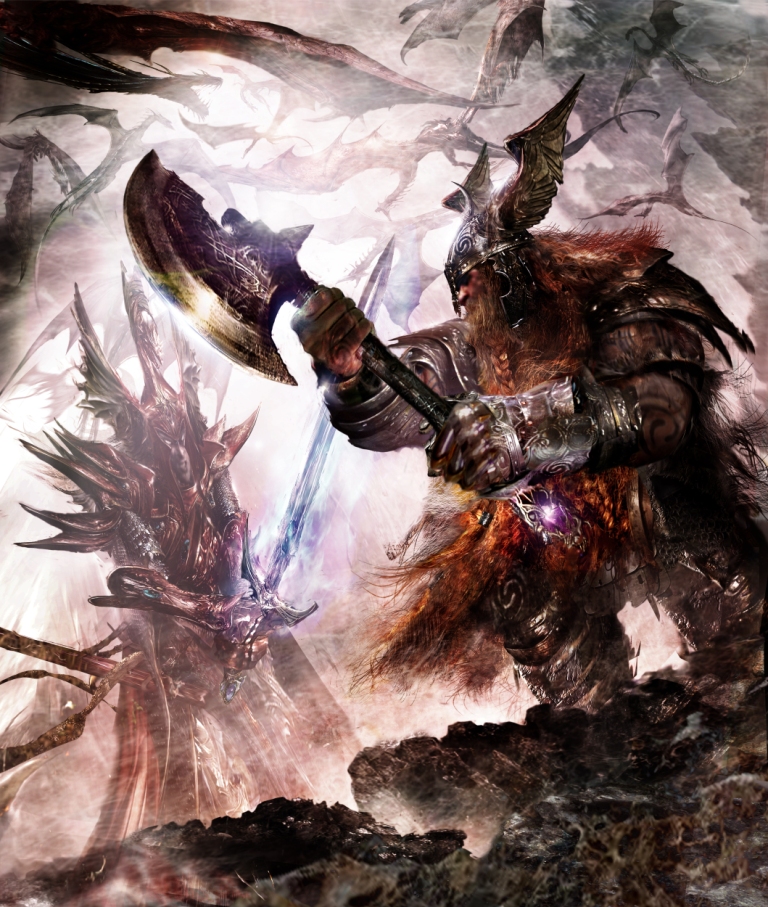 Well done King Bazak for avenging your Clans grievances. A few days ago I avenged a defeat suffered against a Night goblin player only to have earlier today had my Thane Lokenn Snoriksonn slain for the first time. While my Rune lord and Thunderers slew the Black Or War boss responsible causing the green skins to lose morale and flee, the battle was pretty much a draw and I've had to change the identity of my Thane for my lore purposes to Lurni Grobieater Chief Lore master of Clan Stonearm. May the ancestors watch over you and your victories be many honourable King Bazak, Tromm.