(9Th) Team Weekend! Going On A Road Trip With The Dwarfs


8 replies to this topic

Besides the European Tournament Championship, the ETC, the largest tabletop event with with around 250 9th Age players, and more 40k players and FoW players from all over the globe, some guys started the World Championship to run parallel to it. If you look where most contestants come from they would have to switch names, but hey, as long as there are many gamer together playing a great game it's all good. And next weekend is the WTC warm-up. We are traveling to Aachen, Germany with our team of five. A weekend of gaming, beers and fun. And also the unavoidable "I swear too much". We are probably not as competitive as most of the other players, but that won't prevent us from giving it our best and having fun.

I was tinkering around with a well balanced, competitive Dwarf list, when I though, nah, I am going full push force. More oriented at having fun! So 3 beefed up vanguard blocks, two sneaky units of miners and some assisting stuff.

330 - Dragon Seeker, Rune of Fury, Rune of Might, Rune of Precision.

If you havent heard of this guy, its the ultimate glass cannon from The 9th Age. This one isnt fully kitted, but still throws 7 attacks at initiative 6, that have S6 or S6, WS7 and +1 to hit. He hits most units at a 2+ and wounds them easily also. He  has T5, is butt naked, has 3 wounds and a 6++ ward save. Sitting comfortably in a block of unbreakable Seekers he should deliver his hurt!

Standard monster / character killer, with 4 S6 attacks that multiwounds at D3, 1+ armour save and 5++/6++ wardsave. Provides Ld 10 to the army and one Grudge (before the game I mark one enemy unit that all my units get hatred against).

He is here to provide dispelling as a wizard master, some buffs on my units and a nice 2D6 breath weapon.

Both my Lord and Smith go in the Speardwarfs, making it a mean block that that fights in 3 ranks deep, has AP1, lethal strike versus cavalry, montrour cavalry and chariots, a king that throws punches at S6 and multiwound D3, a smith that can buff the unit throws a breath weapon that auto hits 2D6 flaming attacks at S4. Not a welcome sight for many enemies. This block moves up 12" after deployment with vanguard, and can then march 9". It can be 3" from the enemy line in its first turn.

Like my two small units of shooters, these guys are here to annoy and score. With shields and base strength 4 and throwing weapons they can annoy well. Remember: dwarfs, so S5 on the charge.

Headache block that are meant to pressure and earn back their points in battle. They can not score so are just here to kill. The have WS4 S4 and can each turn chose to fight with additional handweapons, granting them an extra attack and extra initiative, or great weapons, granting initiative 0 and S6. When you charge them in, the are S5 basic, so you give them additional hand weapons for 22 attacks (7 wide formation).  They never break from combat so an enemy has to kill every last model. When he kills one, it can hit back while dying, so the amount of attack can be amazing. They always wound anything on 4+. Both blocks moves up 12" after deployment with vanguard, and can then march 9". It can be 3" from the enemy line in its first turn.

Very important little block, as is can secure my vanguarding blocks movement. When I finnish deploying first, I deploy this unit up so they create a safe zone for my vanguard block. Vanguard blocks have to remain 12" from enemies. So if my opponent has fast cavalry, and he can vanguard first because he has had the last drop, I can deploy my scout in front of my vanguard blocks. He can then move up 6" towards my ranger, and my vanguardeers can move up 6", charge after or move up 9" so they are 8" away from the enemy deployment zone.

myThese guys have to roles: protect my blocks flanks and rear if need be, and harras fast troops that move around my blocks. The drop 7 autohits each turn at S3 when the fly over an enemy unit, and shoot 4 S5 shots too. So the can actually sting pretty good, and assisted by my gunners (20 shots) they should provide some cover.

So, that was fun

As usual it took 1 game to warm me up, a 19-1 loss verus beast herds, very powerfull list with ambushers, ran by a very good german player. Then it got a little better for me, I rallied to the cause, had a draw, small loss, win and big win.

The tactic with three powerfull vanguard blocks def. works; the two miner blocks are essential (40 shots when they come on the table), the two bombers are essential, and the two shooting blocks work ok too. Had a blast! learned alot. There are still armies out there I never played in my live (as in: factions).

We are now looking into organising GT's in the Netherlands too - and got a good orga that wants to help to get it going.

Something to do with a certain Chaos god? Or just a combination of scared and brutal?

My inner Orc has burst out! WAAAAAAARGHHHHHH 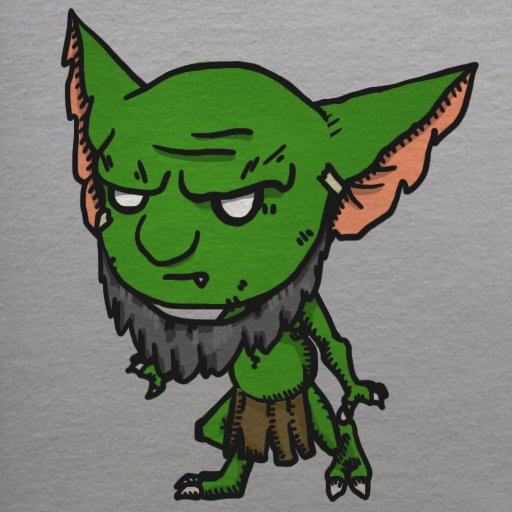 Necro! I recently played a battle with my old love, the Dwarves. Two years ago I dove into Orcs (and not Goblins) and I am still really enjoying everything there is to enjoy with Orcs. But for the first battle after Covid I took out the Dwarves. Since me and my opponent were both rusty from two months of wargaming stand-still, we went for a 3,5k battle instead of the regular 4,5k points. This is my list building report.

I was really go for a mixed arms list, with some very beefy combat, good shooting, mobility and special deployment. And all of my favorite models had to be in there!

So the main core unit and general were a no-brainer. The 6th edition Greybeards with great weapons, and the fully armoured King, Haugsporri, with his great axe! I kept the King relatively light, went for a none magical great weapon, and a little surprise, a breath weapon. Took his armour down to a 2+ save and gave him a little extra hatred with Ancestral Memory. This means I can now mark to of my enemies units before battle, which my whole army hates. I put the Gerybeards in a nice 7 wide formation, so the block dishes 15 Strength 6 attacks.

Part two of close combat power is the ferocious Dragon Seeker, Branno. With a base of 5 Strength 5 attacks and weapon master (meaning he can pick paired weapons for an extra attack), I can him Monster Seekers (multiple wounds 2 versys scary stuff), Precision (+1 to hit) and Quickening (+3 Agility, for a total of Agility 8). What. A. Beast. A naked Beast. Of course he goes with a unit of Seekers, that have the "Brotherhood of Vengeance" upgrade. Which means they have skirmish, allowing for alot of extra mobility (with March 9") and vanguard, meaning I can freely move them 12" right before the battle starts. Their mobility won me the game, I found out later.

The next elements I wanted to add with one very effective carapult (upgrade of +1 Strength) that was helpen by an Engineer (3+ to hit). As the Engineer had to have another role, I kitted him with a Wyrm-Slayer Rocket (an 18", multi-wound missle weapon). To help keep the nasty stuff real I chipped in a regular ballista.
To fill up my core I went for 12 saucy expert gunners, with their accurate guns, meaning they still hit on a 4+ even on long range. And with their shields they still enjoy the 5+ Aegis save if they get charged.
For extra mobility, some extra shooting, and a late game chaff option, of course this list would not be complete without a copter! Just love flying this thing around a Dragon while stinging with 4 Strength 5 shots each round! Another great feature of the Dwarven Book is the Vengeance Seeker. A little, but very dangerous and hard-to-hit lone Seeker, that can hold up units eight times its size for several rounds
Now I still need some infantry dwarfs to fill in the empty seats, and I was still looking for extra mobility, and extra shooting. So I wanted to try 10 Crag Wardens, the upgrade for rangers that grants them skirmish. These guys hit on a 3+ (but are still unwieldy, so if the move, they hit on 5+). But they can def. take care of enemy chaff, and are quiet pesty. With their shields they also get the 5+ Aegis save when charged, so they dont die easy. And finally I complete the list with 10 miner, with throwing weapons for 20 shooting attacks the turn they enter the board. Alas they arrived in turn 4!
10  x Miners, Shields, Throwing Weapons (5+) [235pts]
10 x Crag Wardens, Rangers, Crossbows, Shields [245pts]
The list played exactly like I hoped, with a lot of movement, board pressure and variation!
Hope you enjoyed this.