37 replies to this topic

in retrospect, i shouldn't have made that post, but anyway...

today i made the boards to cover up the lower decks, what will give it a more ship-like look. each board was 36mm in length.

because i had to made several, i made some kind of cutting frame: about an hour and several cutting disks later (those sticks wear them out pretty quickly) i had a fair amount of boards: and now to my weird post. as i progressed i realised my ship's not gonna look half as cool as the thunder-barge, or any of the other models. so, i came up with an innovative propelling system, combining old and new world methods

first, get a soda can. then, drink the soda, cut the top, wash up and let it dry: remove the bottom and cut length-wise: using a gas-soldering iron, with it torch head, slowly heat up the can on a straight surface, like a floor. go back and forth, right to left while putting some weight on each half of the can as you move along. the reason for this is to release the springiness of the can, so it can be used.... later, after it had set and cooled off Hmm, you've got me intrigued. Are you going to use that as armour?

Hmm, you've got me intrigued. Are you going to use that as armour?

Gonna make pipes out of it. For what? You'll just have to wait and see:D

this is an awesome project, a proper build. good luck I look forward in seeing it finished.

Cool stuff I look forward to your progress!

What are you doing with the can?

today i added another level to the lower deck, as just 3Xwidth of popsicle stick wasn't good enough scale-wise. while the glue was setting, i started working on my propelling system which is comprised of two parts - the can (for... erm... pipes of sorts) and sails. went out and got 2m^2 of black fabric (cause black is cooler

). that's a lot of fabric, but it enables me to make as many mistakes as i want.

anyway, this is the first sail out of three, the size is bigger than the end result would be (about 2/3 width of what you see) - but again, that is to leave room for errors:

cut a piece of fabric: attached to 1 6mm wood pole with some nails: Now that's some Man-Sweing. Worthy of a Boy Scout merit badge that.

I'm thinking it's fun to see it slowly form instead of just being able to scroll down and see it all at once.

it came to me that i should have the option to collapse the model for transportation. what I'm going to do is, attach the sails to some kind of a roller, and have that roller attached (but not fixed) to the poles, and from there a string (acting as a rope) will go to a cog of sorts. all this so i could untie the string, which will disconnect the sails from the ship.

today i done some filling with putty, to close all sorts of gaps. nothing really interesting. the results doesn't look really nice, but its all going to be sanded off when it is dry. also, the hull is completed, so now i can start thinking about adding details like crew cabin and stuff like that. also, I'm going to add an aft and fore castles. also, i took a mock-up picture of what it's going to (sort of) look like: Locking good now when it starts to come together.

i made a video instead of taking pictures.

in the video you can see why balsa wood is so awesome to work with. i covered the front arc-looking part with two pieces of balsa, using some glue and finger-power (for 10 minutes or so). didn't break or anything!

yeah, there is some refinement needed and i will deal with that once everything is dried - mainly putty here and there and sanding.

next up - gonna make a crew cabin; some motor-emplacement thingy with a steam/boiler sort of thing; anchors and maybe cannons if i manage to get them right. also, i think I'm gonna cancel the back sail. 2 are enough, and i don't want it to get crowded on main deck

Don't worry about the refinement yet, make sure everything aside from the details is on there and then start sanding and filling in all the little holes and stuff.

starting to shape up!

started with the forecastle, the arc part was kinda difficult to cut, but i managed in the end. the balsa piece was longer than what i have previously used, so i had to dip it in hot water for 20-30 minutes. also made the masts. the copper wire is just for decoration. i'm gonna wrap the string from the sails on the toothpicks, thus enabling me to collapse them at will this is the aftcastle. i want to build the crews' quarters on it, and make the commander's underneath. or vis-versa. still haven't made up my mind. and some scale reference

the figure is GW warrior, without a base Hey this is looking great.. Anymore progress yet?

oh man, it has been a while

didn't have much time to work on the Karak-en, but this is what i managed before all my cutting disks broke (popsicle sticks' wood is tougher than you'd think). most of the work was done on (what will be) the aft castle. lower chamber is going to be captain's room, above it crew room (i know, it makes no sense) and above it some sort of scouting/steering/brew making devices. a small amount of work was done on the forecastle, i will add to it some sort of ramming device. maybe with a ram's head (see what i did there?

). also, I'm thinking about chopping the masts off, but I'm not 100% complete with the idea. 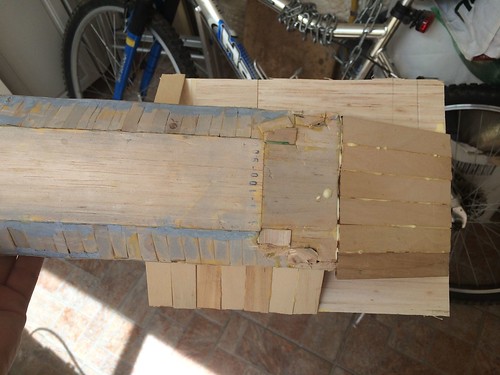 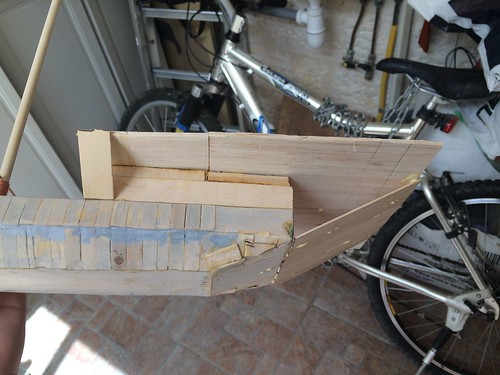 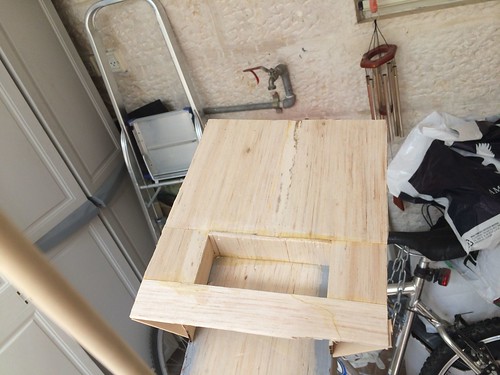 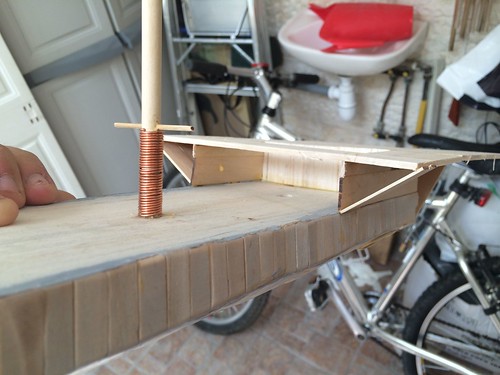 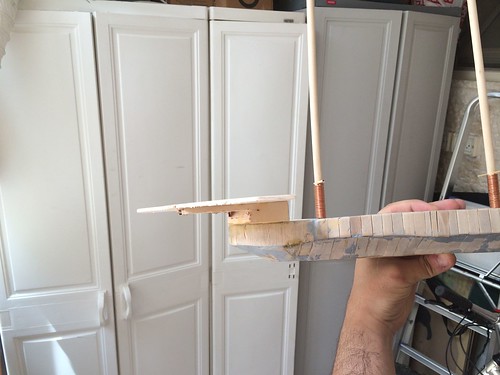 there was a big flaw in my ship - it was too big. i forgot all about scale, and going through some pictures of table-top battlefields, i understood some choppin' was necessary....

fore-castle. front got broken, but ill fix that: 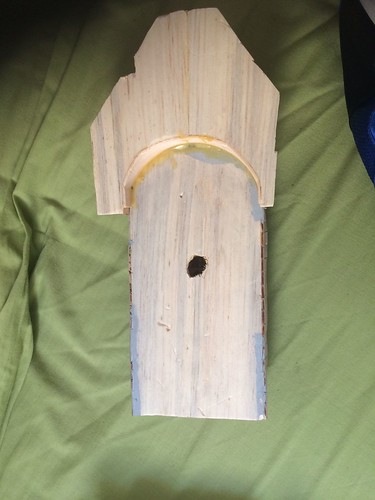 aft-castle. got some fixing to do too. 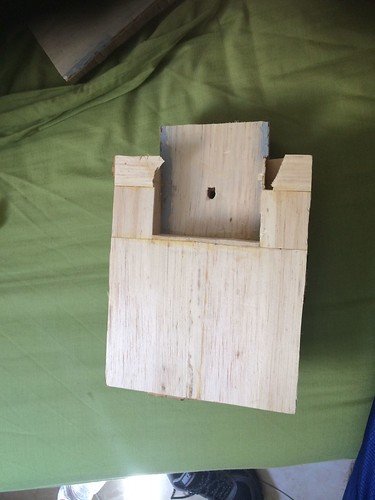 end result (not glued yet): 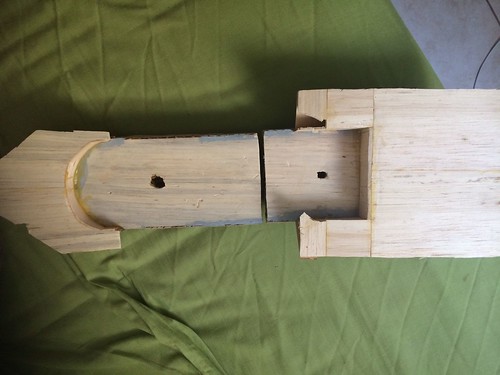 I am intrigued to see where this goes...

Also tagged with one or more of these keywords: zeppelin, gyro, copter, flying