Well...here in Italy leaded glass wasn't used only for religious buildings but also for secular buildings...ok...it wasn't so nice but was like bottle bottom made...ehm...i'll try to find a pic.

Figures arrived today WK. I have assembled some and they look fantastic.

Mine arrived today as well and they are stupendous!!! Can't wait to get some paint on these guys!

Hang in there Fanai... they are worth the wait.

Mine too arrived... they're worth every beat my heart did while waiting them.

Thanks for the comments guys. The zweihänders are my personal favourites as well.

I received them in the mail today - they are truely wonderbar

Oh WK! You've made me want to finish the pony soldiers I got from you now, as I promised I wouldnt get any more dwarfs till this lot was painted, Hope you'll have some left lol

It's been ages since I painted anything for this project and when my lovely wife bought me a Lemax Halloween Gatehouse for my birthday, I knew I had to make this top of my list of things to rework into a wargaming model (you know, so I can still be entitled to get toys from her in the future).
http://whiteknightmi...-gatehouse.html
As with most Lemax buildings, this had great potential but needed a little TLC to bring it up to the standards and to remove some of the out of scale bits that tend to feature on them. I'll go into that a bit more below, but first the pictures of the finished gatehouse, which I tried to paint in order to match my earlier buildings in this project.
Some Empire dwarfs are exploring the abandoned gatehouse. Looks like it hasn't been visited in a long while and small scavengers abound, but then who lit those torches? Figures added for scale. 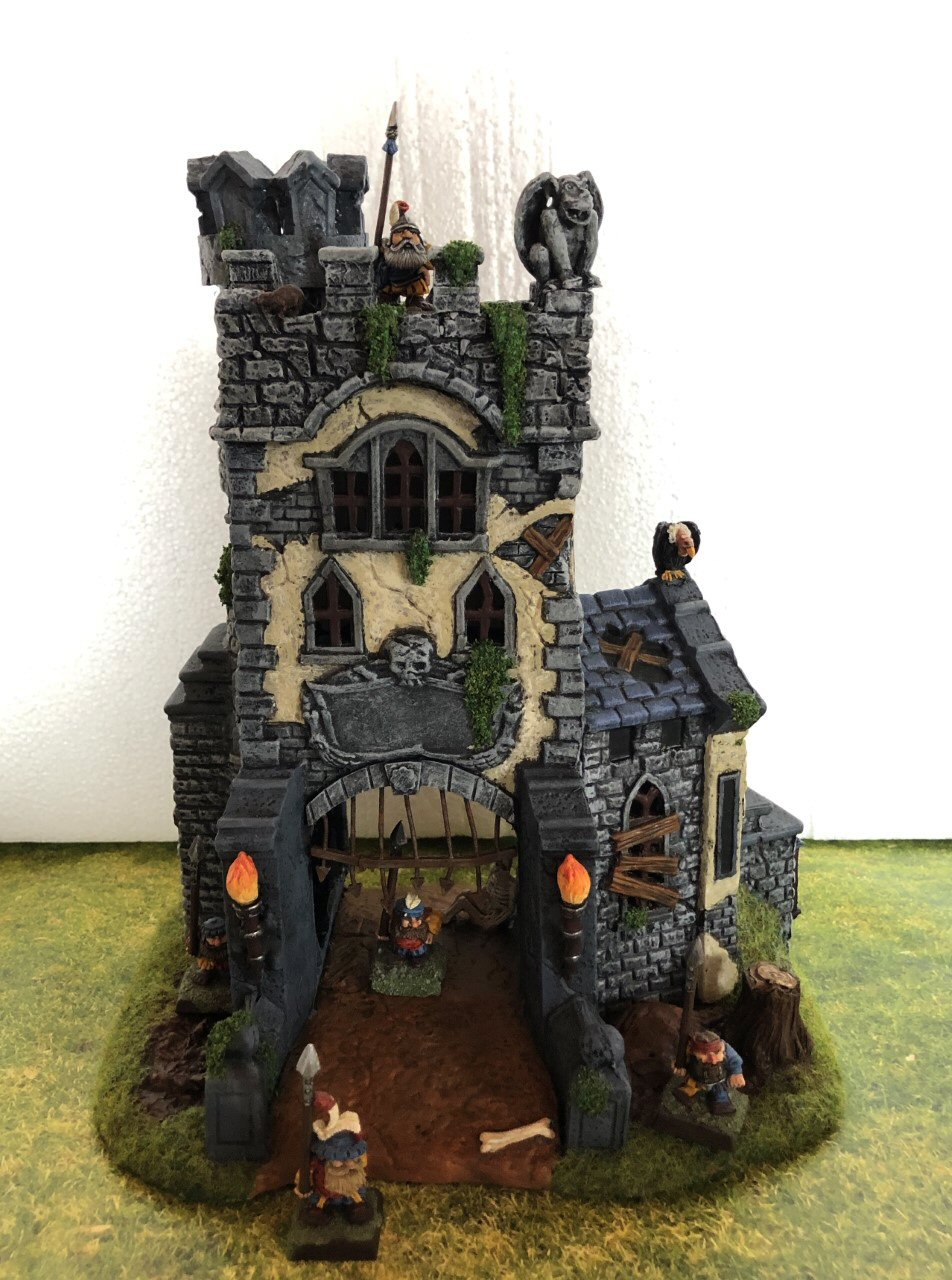 The gatehouse from different angles without figures: 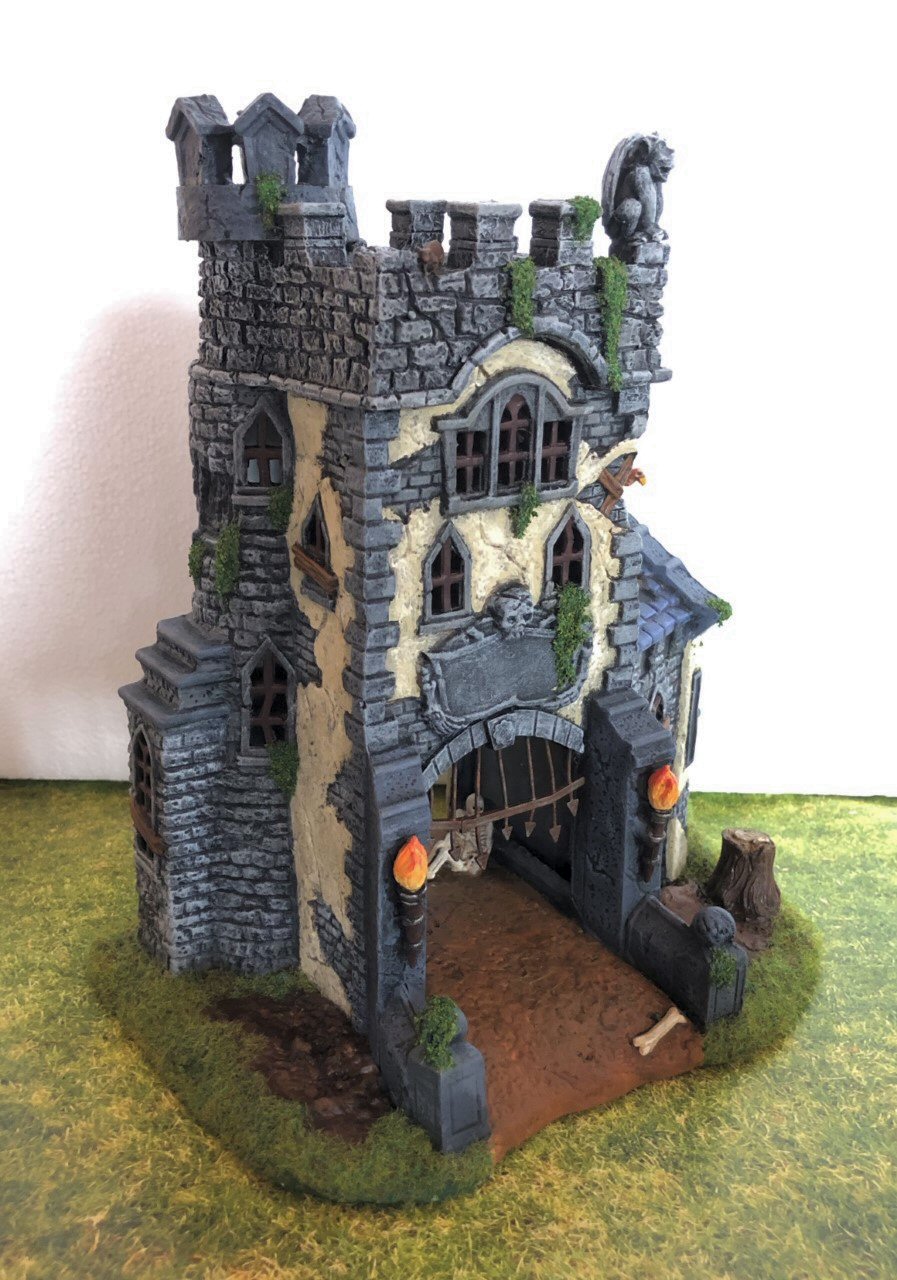 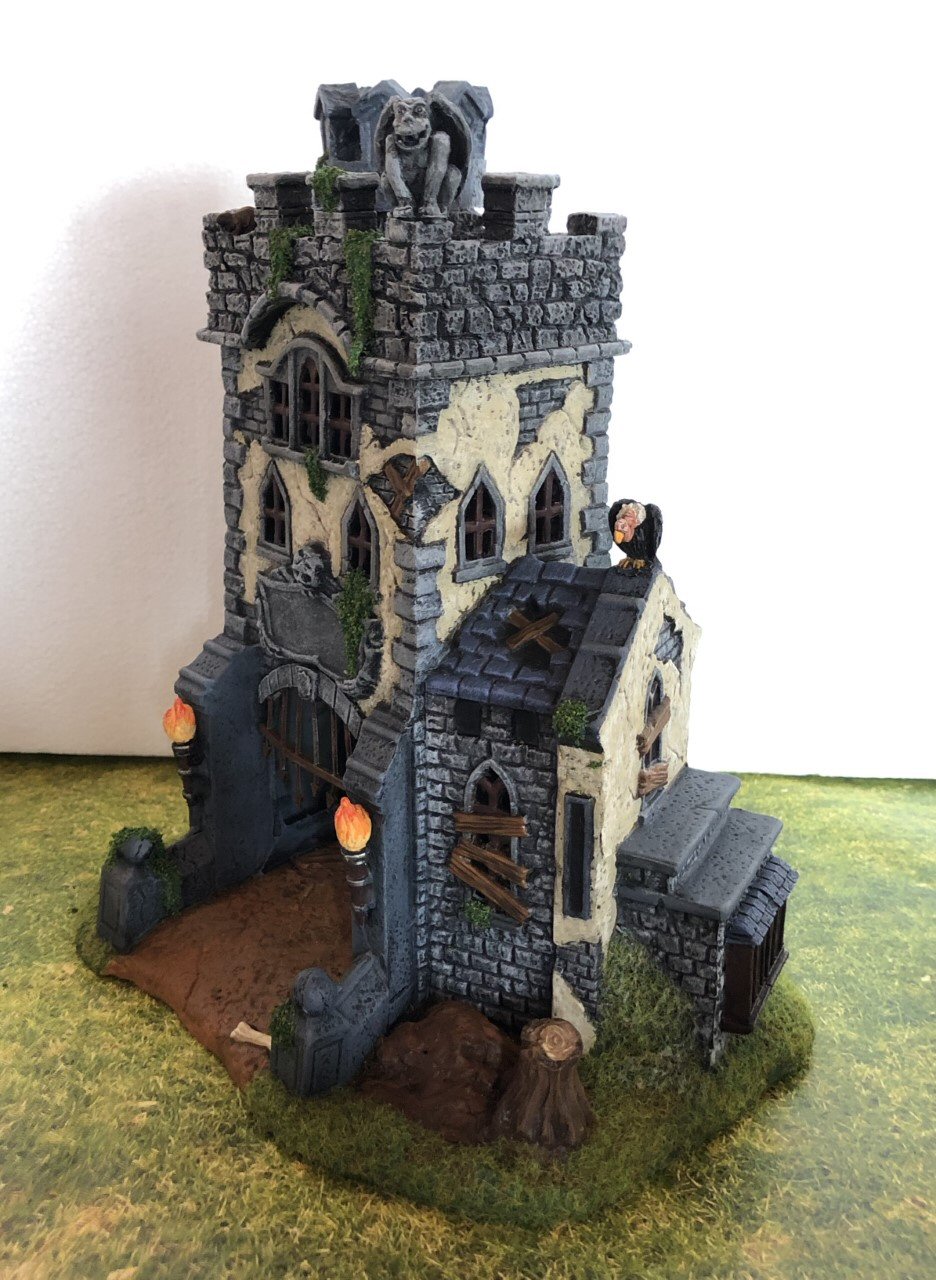 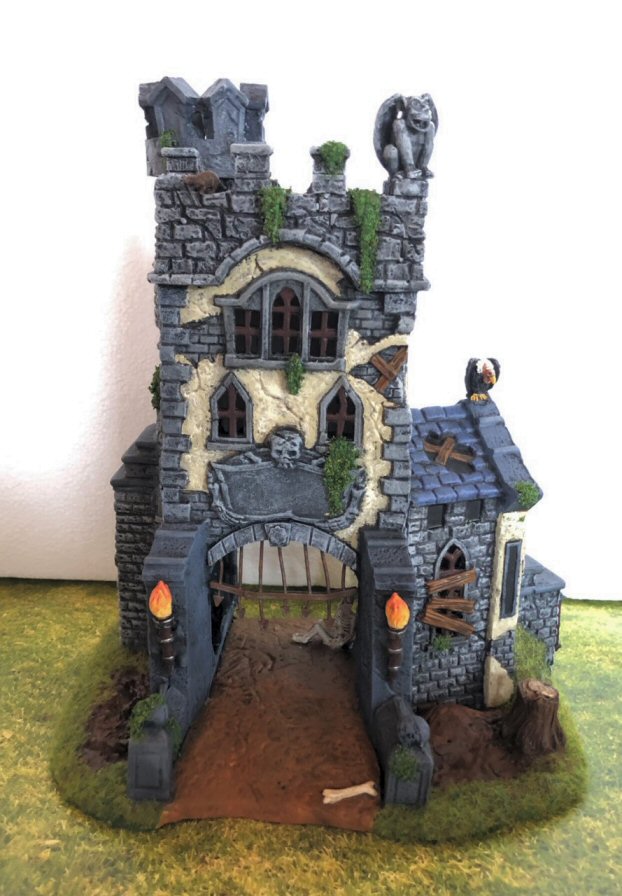 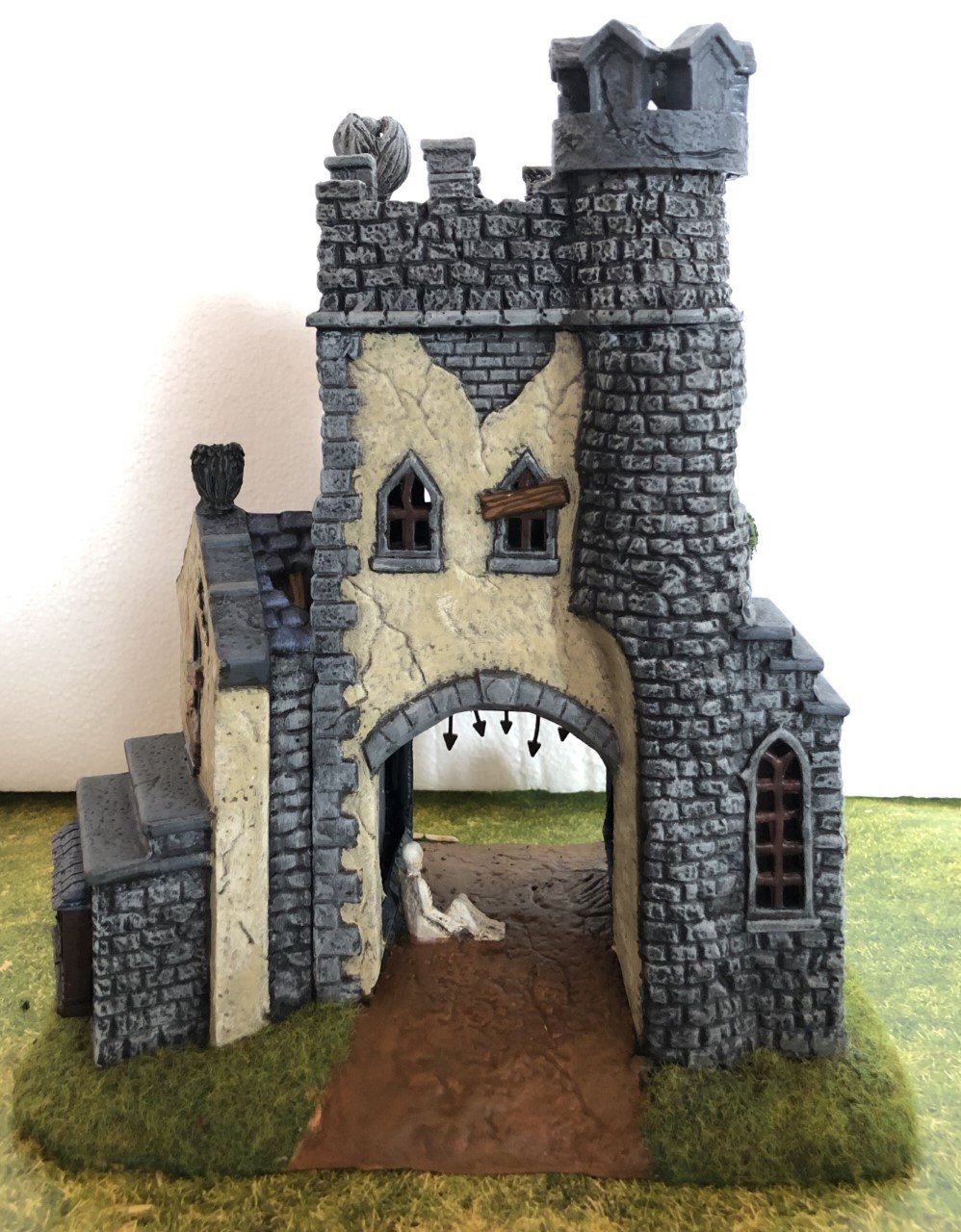 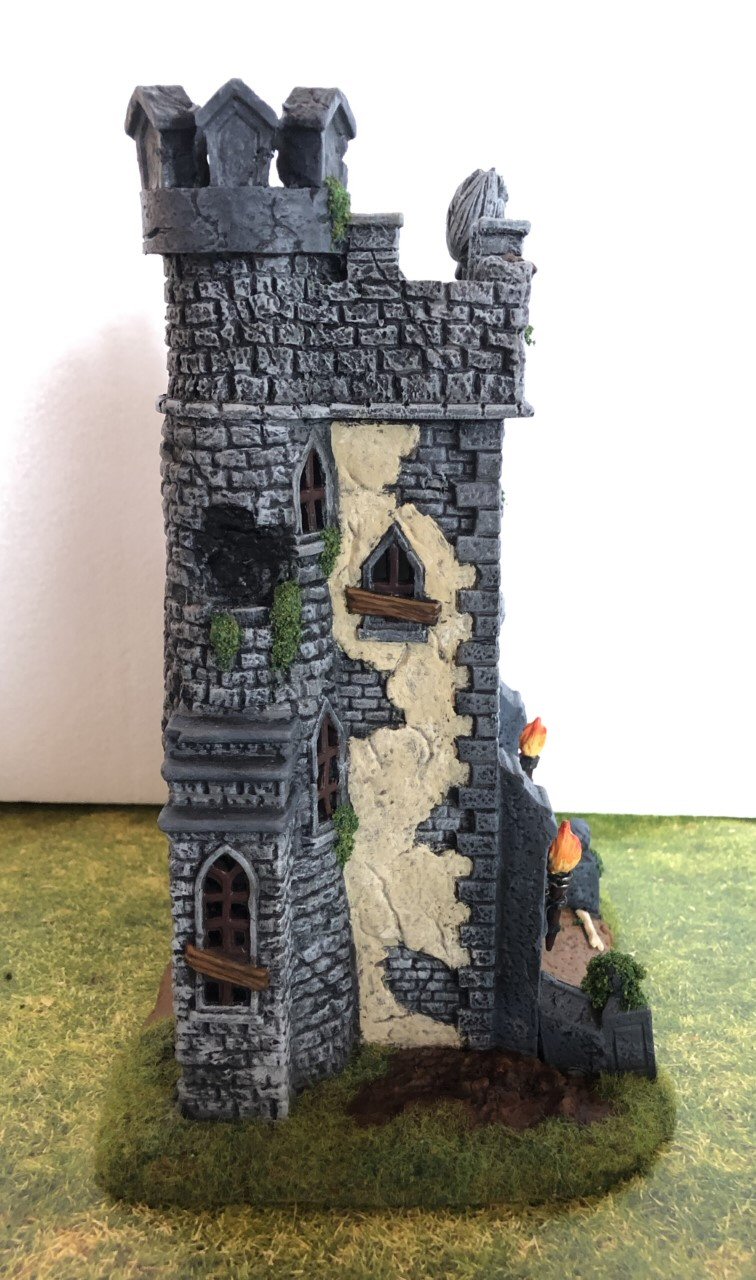 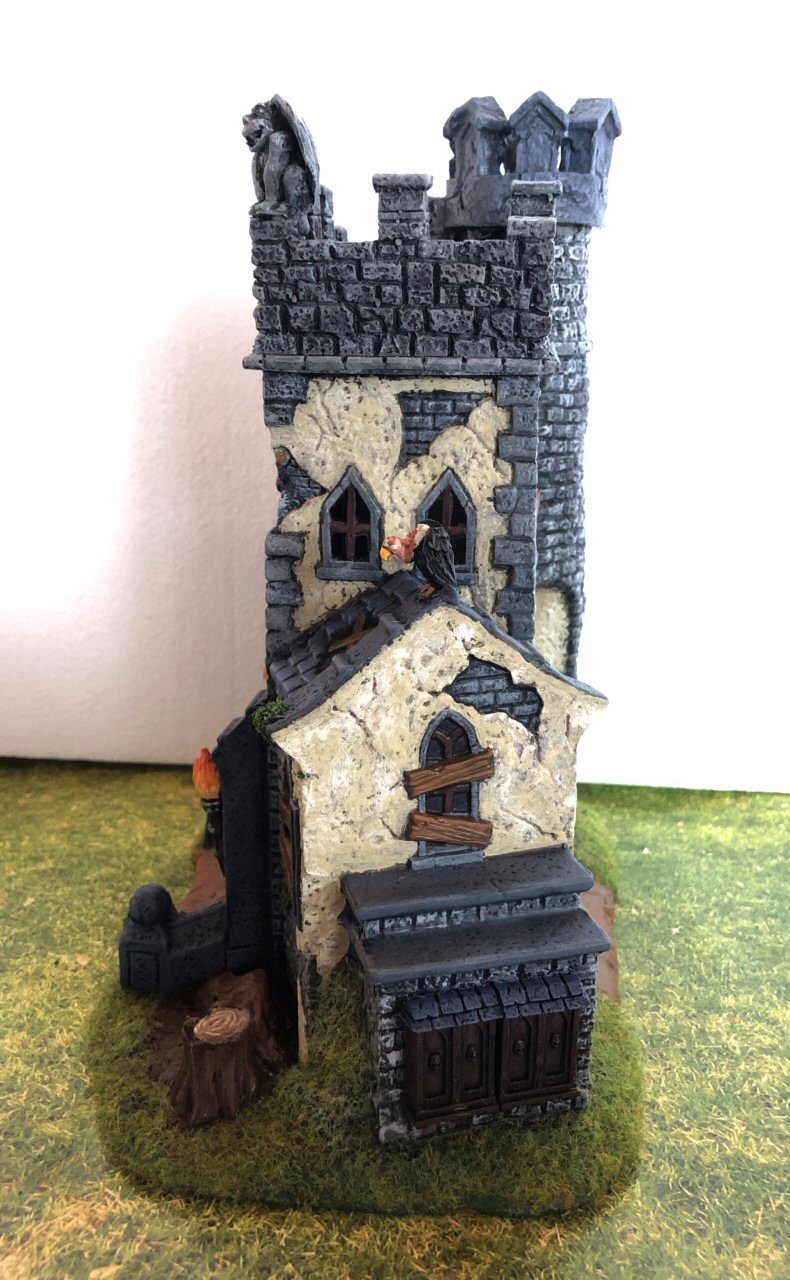 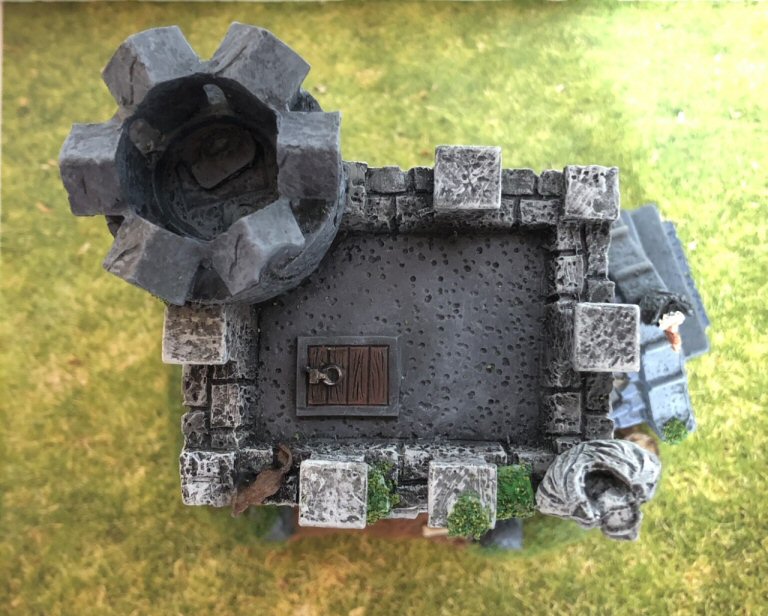 And a comparison between the original model and the modified and repainted one below. I removed the oversized gravestones and skeletons. I did leave one of the skeletons under the arch as it was about the right size. I also got rid of the lighting system, since it couldn't be hidden. I used some plastic bits from a Warhammer fortified mansion to cover the large whole on the side where the switch box was situated. I should have removed the torches as well, since they're a bit big and there are big gobs of hot glue attaching them to the wall, but I didn't want to lose too many of the original building's features, so I kept them on. The building also has moulded on bits of green slime oozing in places. As I didn't quite see how to make that work, I decided to flock them and turn them into overgrown bits. I also used that in a few spots to hide some of the mouldlines that couldn't be removed, the lower body of the model being a type of porcelain. 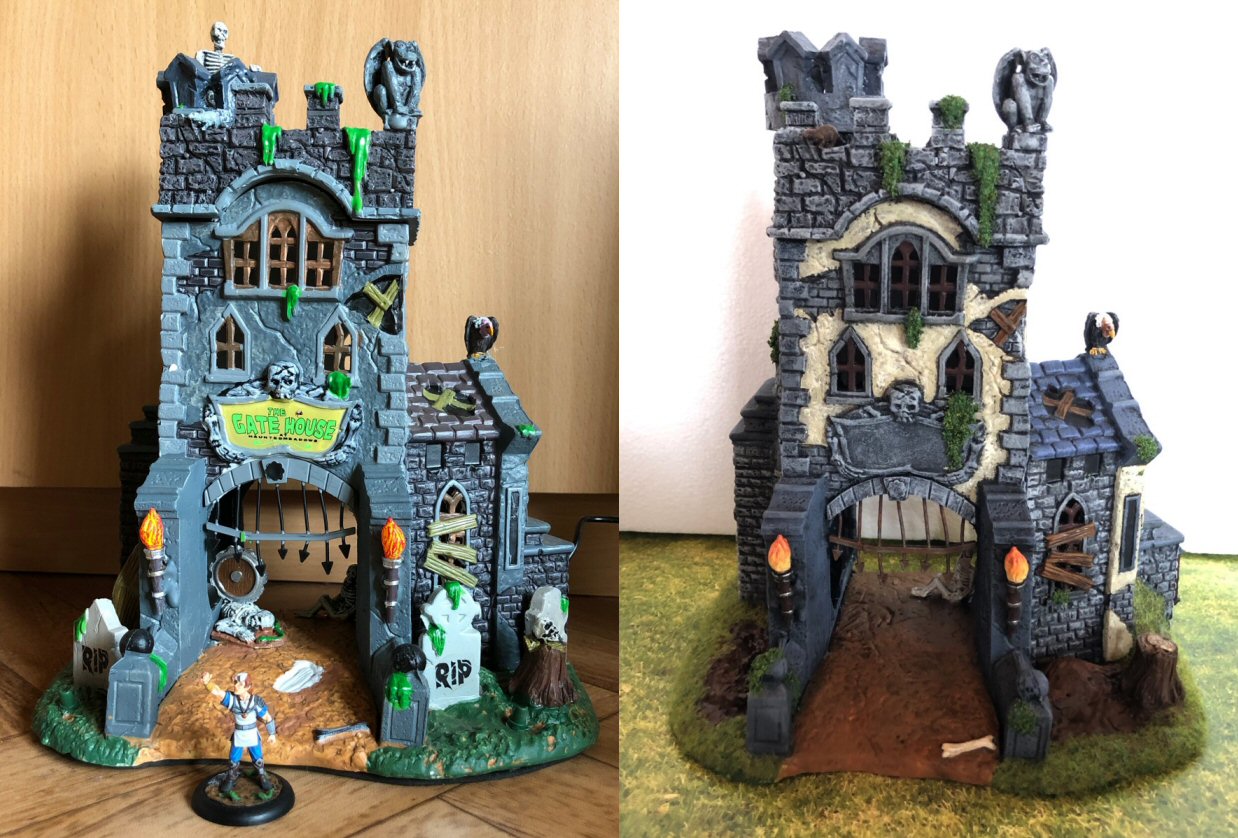 do you happen to have more WIP pictures of this piece?

Transforming ornaments into terrain has always been a passion of mine.

This is easily some of the best examples I've seen.

I didn't take more pictures, but there's a video of the original model here that shows it from all sides: https://www.youtube....h?v=_WTD3PmQVz4

Very good stuff! I always keep my eyes out for ornaments and toys that could be converted into scenery but nothing is ever the right scale!

The Lemax building range are almost all the right scale, except usually the churches.

Their figures and other accessories are way bigger though.